The Nundle and Hanging Rock district was peopled by Indigenous people from 5000 years ago-two stone tools found locally verifies this fact. The place on the river bank apparently was called ‘NUNDUL’ by the Aboriginal people; it is said to mean ‘’mouth’’. The Peel valley on the east side has always been occupied by Anaiwan people, and a small group still exists who are related with the much larger Anaiwan people group of the New England, whose forebears moved regularly through the country of the Barnard River, the Toggolo wilderness and the wild steep crags of the Toggolo and Nowendoc Nature Reserves.

The first white settlers into the Nundle valley followed in the steps of the explorers Oxley and Mitchell (1820s). In …….it was young Lieut. Parker King who had help from Aboriginal people when they marked out the route from the Australian Agriculture’s coastal holdings-up to the plains-a route that is still in use. The Aborigines of the properties became capable and trusted workers on local Stations , being particularly able and athletic, expert handlers of livestock.

Several pastoral properties were established near the NUNDUL river crossing –a ford, where wagons and herded animals could more easily cross the river, by/in the 1830s- Nundle Creek, Wombramurra, Woolomin Station (or Run), and Duncans Creek station were each functioning properties. These extended right through to the top of the range where they butted up against the well-established Hanging Rock Run on the tops.

The increased traffic back and forth led to the finding of some gold-particularly up on The Tops where the precious stuff was found to be more plentiful. Nundle town was gazetted in 1857-but the A A Company had already established their Company Town on the western side of the river in 1854.The finding of gold-though not in commercially viable quality or quantity set off a wild scramble around the Peel River, the local creeks and on The Tops, out from Hanging Rock; this was in 1852-The early settlers John and Henry Clarke (1840s) were with the first Aborigines to establish at Hanging Rock (actually at Bakers Downfall in the general area).After the gold finds excitement
spread and hopeful men, with some families, trooped in from along the Peel River, they had found the headwaters running down from Crawney Pass and they set their sights on the monolith to the east-the Hanging Rock, they knew they were getting closer..The population explosion –including many Chinese-established the large population ‘on the rock’-Hanging Rock and outlying small communities of Dangar Creek, Nuggety Gully, Quakanacka, Mt Misery, Mt Pleasant and others where their ‘success’ depended on the weather-with good rain they could wash more ‘stuff’, running water downhill in water races and harvest the gold, their sought after riches; however it was  often soon spent.

Art work of the times shows Aboriginals, ’diggers’(gold miners), and settlers mixing together over some illicit rum at Hanging Rock; and also drawn at an outdoor church service in Oakenville Creek (1854) which housed a large population-‘many thousands of tents’- for some years.

The Nundle settler family, young James Duval with his Aboriginal wife Maryann, from the Walcha area, came south looking for work in 1870.The raised a large family; there were marriages in the years to come, many others, many families.

“Nundul” means mouth and was named so by the local aboriginal community. 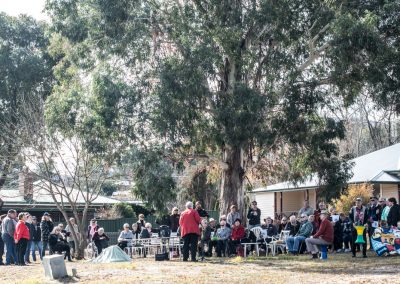 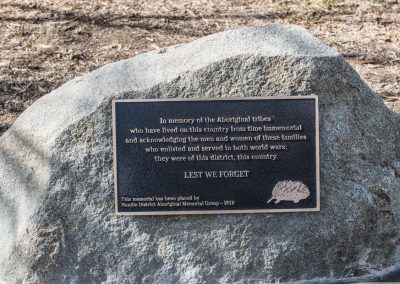 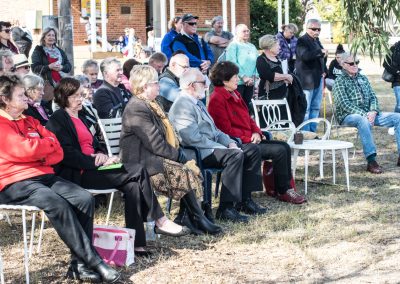 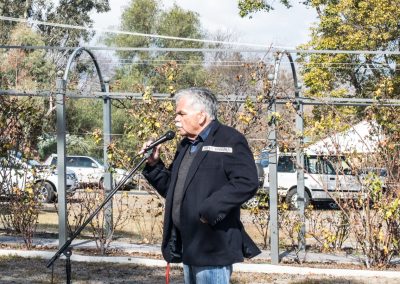 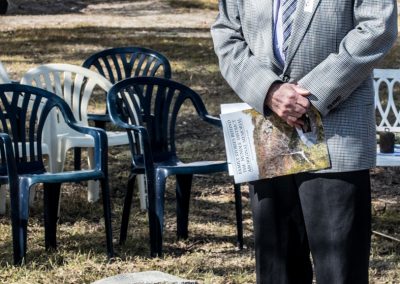